There are many reasons why water can cause havoc, even on lawns with artificial grass installation in Bakersfield. This is usually after a weather event that leads to ground saturation. During certain months, we experience rainfall that can cause water to build up in yards. Usually, the water runs into areas where you do not want it to go. A property that is vulnerable only needs one heavy storm to be destroyed.

Water damage can be quite harmful, but fortunately there are different drainage systems that mitigate the worst effects of water buildup and prevent costly restoration bills. These drainage systems are installed in several ways and include above ground drains with sloping trenches, below ground basement drains, ponding systems, and flood prevention systems.

Have you ever had yard drainage problems? Do you feel like the yard is constantly flooding? If so, then contact us. Our contractors have gone through extensive training and offer efficient services to people who are looking for landscape drainage solutions. We will conduct a thorough inspection of your outdoor area and devise an effective strategy.

Drain field – It is an underground gathering place for excess water. The drain field assists with the removal of standing water from your landscape by absorbing it from the surrounding surface without saturating the earth. The water then moves down a slope via a piping system, towards the lowest point of the field, where it settles and disperses into the soil.

Drain exit – We commonly refer to the “exit” as the last remaining part of a drainage system, which is also known as the low end. A properly functioning drain will be able to empty water around your property without causing flooding.

French drain – It consists of a trench which is filled with perforated pipe and washed gravel. A French drain installation is commonly used in areas of the yard where water tends to collect. They are usually dug at an angle, descending away from the problem area, so that water will be allowed to trickle through the gravel and into the perforated pipe where it can exit.

Channel drain – Aluminum pipes that work well for carrying away surface rainfall. They are also modular, which means they can be easily arranged in linear series to replace existing drainage systems. Channel drains have slots instead of holes and are fitted with removable grates that allow water to flow freely inside without reducing the versatility of the unit.

Catch basins – Mostly used to redirect water from a roof drainage system to an underground sewer structure, preventing rainfall from pooling in areas where it may cause flooding or erosion. A catch basin drainage system can also be used to divert surface water from low spout areas of the yard, patio, driveway, or sidewalk.

Yard grading – Grading is the process of modifying the landscape terrain by removing dirt and adding it to specific areas, so that water can be properly managed. A yard without a consistent slope might suffer from puddles at some locations.

Our professional and friendly staff is here to assist with any questions or concerns you may have about landscape installation. 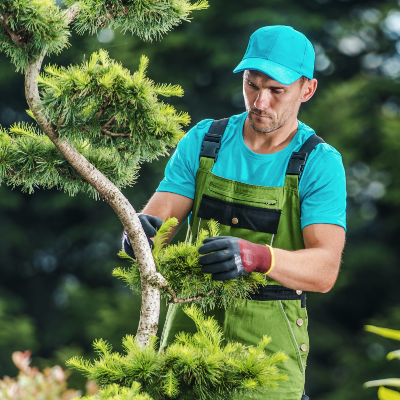 We are passionate about providing quality landscaping solutions at a reasonable price.

We begin each landscape project with an on-site property inspection. While determining the size and scope of the assignment, our team will provide you with a cost estimate. This is also the time to ask questions, make special requests, and learn about what our work entails.

Let our team of professionals design and install a unique outdoor space for your aspirational landscape.